Writing about myself is just weird so I’ll keep it short.

I was born, and became lovingly referred to as “the spawn of Satan” for quite some time.

My first artistic game was challenging my little brother to a race where we would run up and down the hallway with crayons or pens against the wall to see who’s line was the best.

When I was older my obsession with animals increased and this became the focal point of my art. It had also become clear that my wall art was underappreciated and ceased for some time.

A bit of experience later and I get paid to draw stuff, sometimes on walls, which is nice. 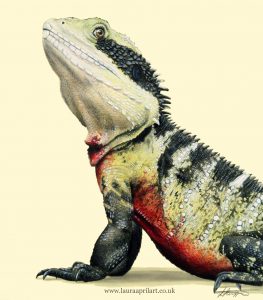